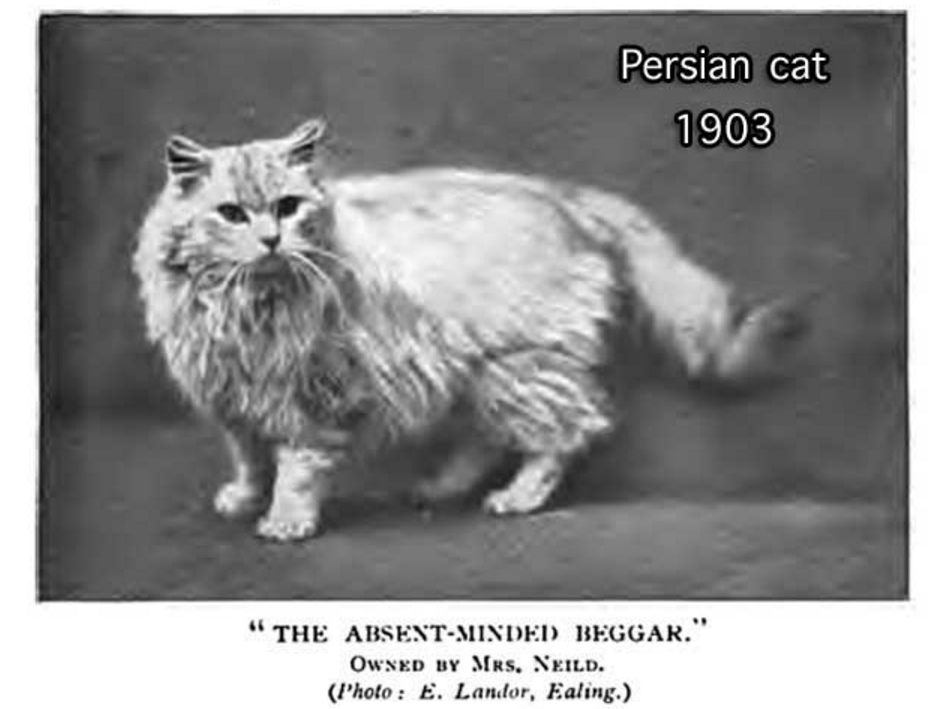 The Persian cat is descendant of an Angora crossed with British longhairs. The breed was mostly founded in Persia, today’s Iran. Royal families adored them for their luxurious coats, well mannered personality, and affection-seeking nature. They were shipped to the United States, sometime between 1500 – 1800 (CFA breed council).

Visionary breeders selectively bred a subset of this cat population into modern day flat and peke-face Persians. The longhaired ancestor was a short, broad cat with good bone structure, and a protruding, well rounded snout. The Persian today remains a short, broad cat with good bone structure, but the head is much more rounded and the breeders have accomplished a peke-face look (ie. pig face) where the nose is at the same elevation as the eyes on a snout that is nearly flush with the rest of the face. The eyes are also set further apart on the face and are rounder. Today, flat and peke-faced Persians are overtaking doll face Persians in the show ring and some say in homes. In this cattery, we aim to preserve the more traditional looking Persians that have a sweeter expression characterized by a slightly protruding snout, more popularly known as doll face Persians.