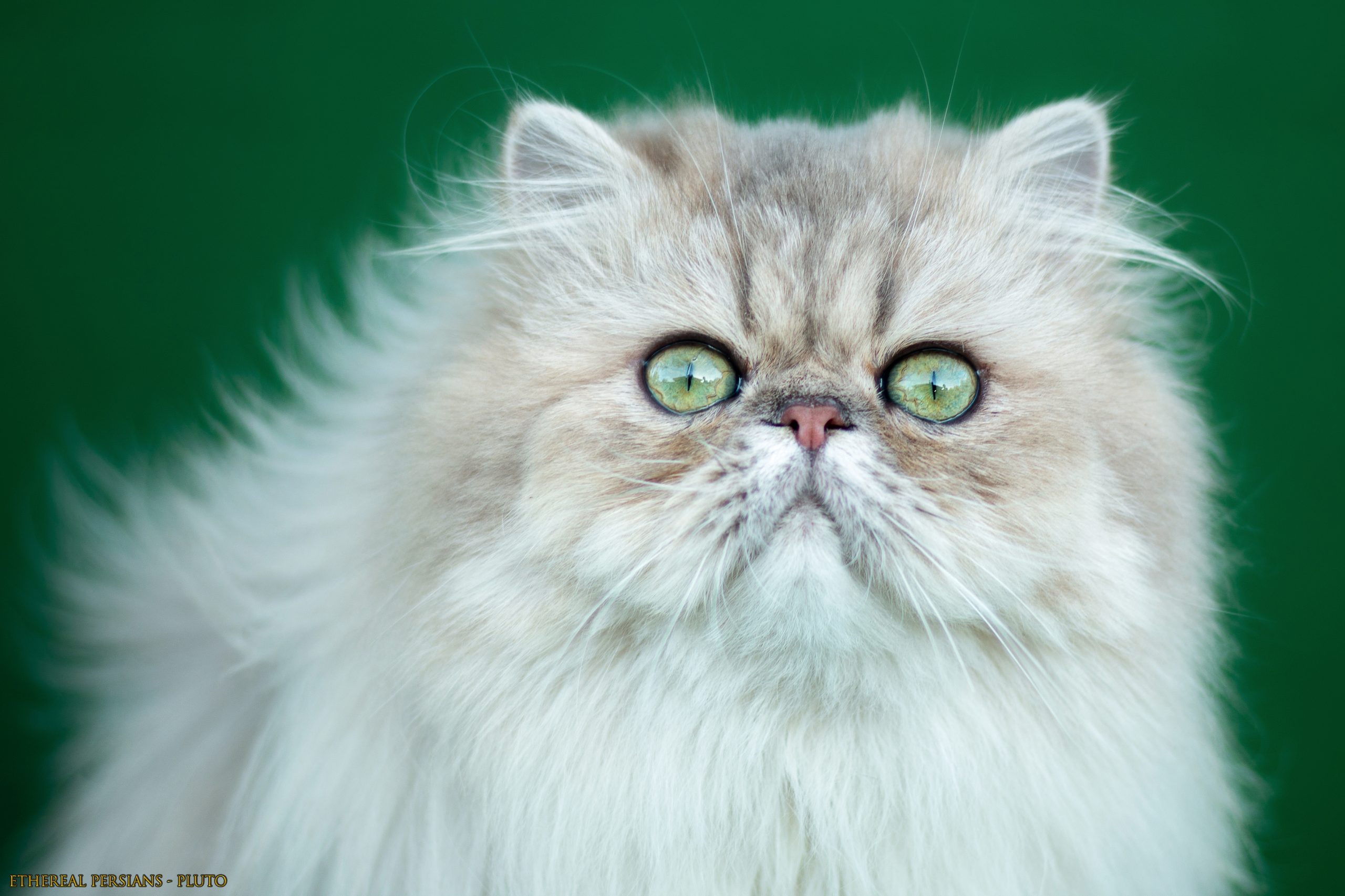 We drove 32 hours to bring Pluto home from Texas. This gorgeous blue golden boy is the first one to inhabit our cattery. He appears like a gray cat, at first, but upon closer inspection, he has a hue of golden throughout his coat and face. His longest hair strands, the guard hairs, are about 6 inches long. His coat is so full we have to shave his belly to keep him from matting and he must have a shower once every 2 months with deep conditioning to keep it flowing loosely. He provides the wow factor component to his kittens – the huge coat. Besides his regal appearance, we are head over heels with his temperament. He is an angel, a cuddle bug, a lap cat – for sure the friendliest cat in this cattery! I am not overexaggerating. He is an ideal blue golden persian! 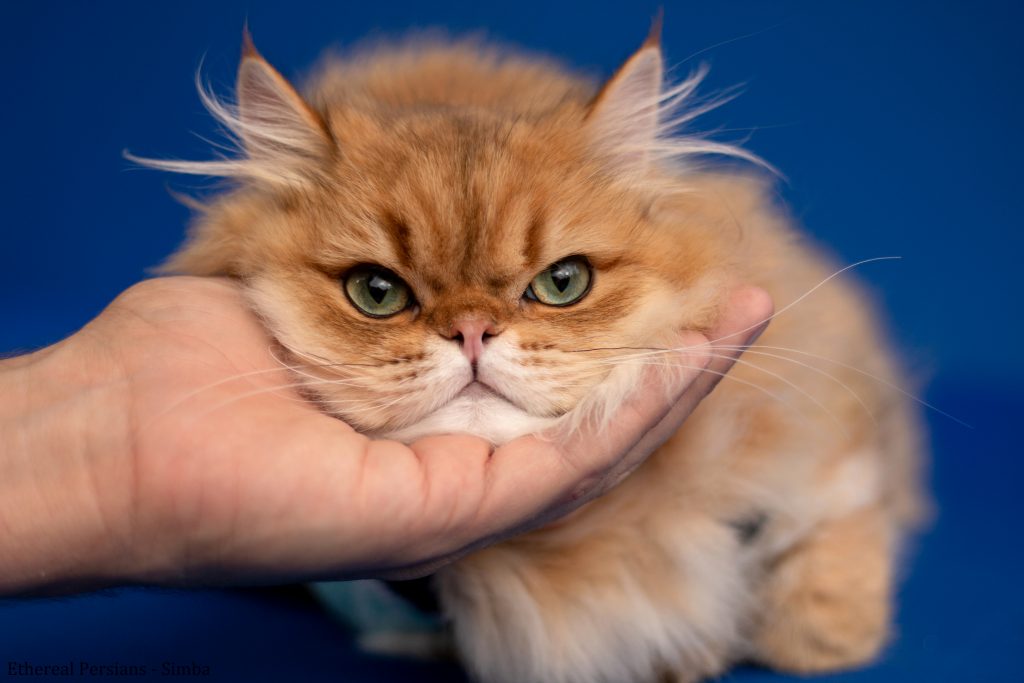 Simba is named after the main character in the Lion King. Like a lion, Simba has a beautiful doll face and a coat that is light apricot/golden in color. He has the most phenomenal deep green eyes in the cattery. Simba is very gregarious. He loves meeting new people and he gets along very well with all the queens. Simba has fathered a few litters of kittens so far. That when we learned he creates stunning chinchilla golden kittens! Simba also carries the silver and blue golden gene. He carries all the colors we desire most in this cattery. Titan is the most gorgeous, jaw dropping, superb specimen of a golden persian that we have ever seen. His eyes are a nice deep shade of green, his coat is super long and rich in a golden-brown shade with little black. We had the great fortune of producing him at the cattery; son of Windree and Treasure. He carries the colors silver, golden, and blue golden. Titan is an upcoming stud. We expect him to sire his first litter in 2021.